The study concerned the international business opportunities of EU SMEs in so-called third markets, i.e. markets outside the EU. The objective of the study is to discover which policy measures are most helpful in improving the access to non-EU markets for European SMEs. Important elements:

The most important finding of the study was that the priority should not be adding more support measures at European level, but rather improve overall coordination and access to the already large number of existing business support measures.

For the report, see https://ec.europa.eu/growth/smes/access-to-markets/internationalisation/studies_en 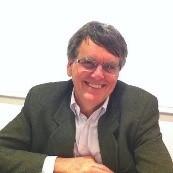